The art of Junior Jun, a brazilian Evil Dead fan (with short video)

The Evil Dead brand has many fans around the world, and Brazil is not an exception. Surfing around Deviant Art dot com (on this url http://jyunnyor.deviantart.com) I've found pics of these amazing fan art statues, so I contacted their author in order to know more about of them. 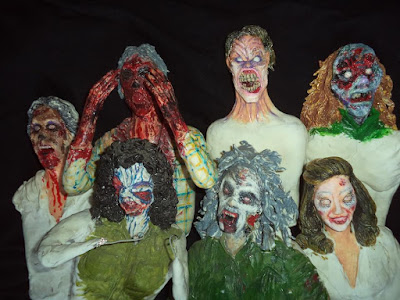 Junior Jun is 38 years old guy from Rio de Janeiro in Brazil. He is a comic writer, "mangaka" of manga called Fetiforce (Comedy of Robot, heroines and "fetish") and he is a drummer in a band called Psygai. He love Karaoke of Enka Music.

So Jun, when did you see Evil Dead for the first time ? and what is your favourite movie of the trilogy ?

By the time the movie was released in Brazil. Foreign movies releases used to come a little later here in that time so I asume I watched it first on mid 90's. The first one is my favorite, doubtless. The following movies are superb, but there's no closer atmosphere to the first movie in the world.

Your art is not only evil dead related: what other characters do you like to create ?

Since I was a kid, there was something about monsters, zombies, sci-fi and stuff that I was really into. I always used to do drawings and then, already a grown up I decided to make an Ultraman figure, since they were (and are still) so expensive, plus the difficult we had to access imports in Brazil. And I think I did well on my first try, and after that I didn't stop. It's like drawing on 3D. Most of my figures are from japanese action series with monsters and all of that. But I decided to make some difference and build figures that weren't released or that I never knew someone had already done. 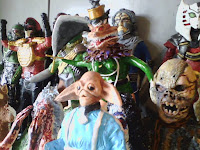 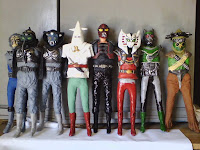 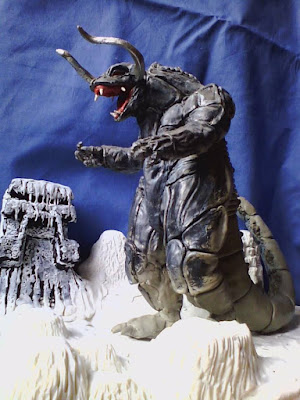 Your works are astounding. How much time do you need to build one of these statues ? and what materials are involved ?

They are quite fast to build. It depends on my humour and the character's complexity, of course. If I didn't take breaks, it would take between 3 days and a week. In the beginning I only used epoxy mass but nowadays I use cold ceramic. 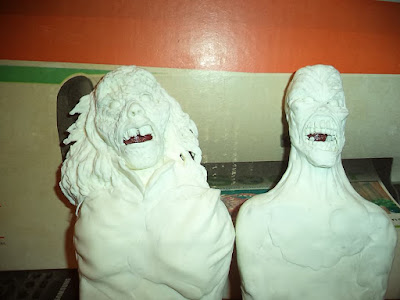 What movie scenes do you use to take inspiration from ?

Actually I take inspiration from many scenes to create a single figure. I bought the movie in Blu-Ray so I could examine most of details of the make-ups. It was funny to watch in super definition because I could check some imperfections that I couldn't notice on VHS version. Back then, I had the impression that the movie was scarier becuse of the low lights, which were a great aid to the FX on Evil Dead. The lights came from below and that made the characters look even more macabre.

What statue you are planning to craft next ?

There's still the ones already built to apply the finishing touches and the skull version of Cheryl, when she runs towards Ash. There's also Necronomicon showing his tongue in the fire and also other ideas the fans will enjoy but I'll keep it secret for now. I'll gather everything and try to make a respectful diorama to pay my honors to that masterpiece called Evil Dead. 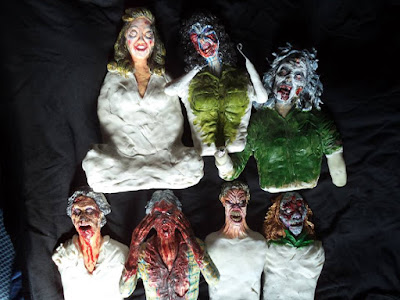